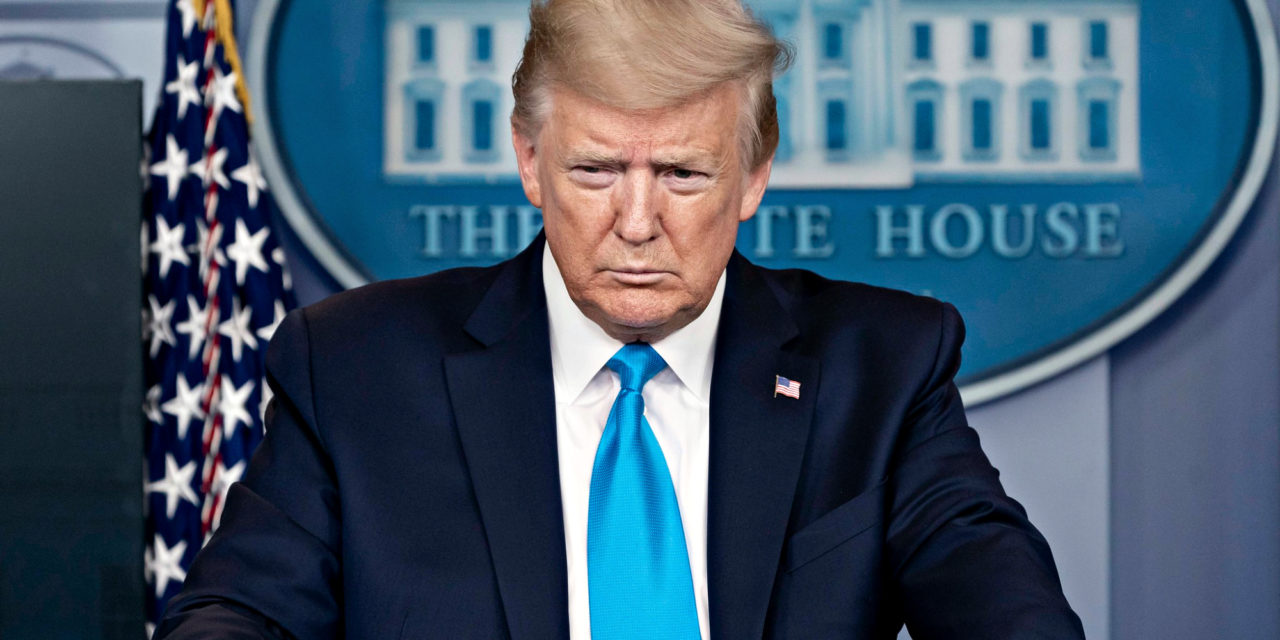 At a time when our country is united in the fight against the coronavirus, President Trump is seeking to divide us by turning to a familiar target—immigrants.

The president first threatened a full ban on immigration via a tweet Monday night. On Wednesday, he issued a somewhat narrower ban aimed at those seeking to permanently immigrate to the United States.

And while the ban is narrower than initially anticipated, it is enormously consequential. It could represent a turning point in the battle to fundamentally alter our immigration system and redefine who can be an American.

The new immigration ban is the third ban on legal immigrants that Trump has signed. He signed the first travel ban—also known as the Muslim Ban—on his sixth day in office. Courts have blocked the first two versions of that ban. The third attempt was upheld by the Supreme Court. That travel ban remains in place and was expanded in January 2020.

In October 2019, Trump attempted to ban all legal immigrants who did not have one of a narrow range of unsubsidized health insurance plans. That ban is currently blocked in court.

Who Is Targeted by Trump’s Latest Immigration Ban?

The new ban on immigration is Trump’s most sweeping attack on the legal immigration system yet.

As of 11:59PM on April 23, 2020, the ban blocks the issuance of all new immigrant (permanent) visas to people outside the United States, with some exceptions.

Who Is Exempted from the Immigration Ban?

The ban does not apply to nonimmigrant (temporary) visas, such as students and H-1B high-skilled workers. It exempts any immigrant abroad who already has an immigrant visa or travel document in hand when it goes into effect. It also makes limited exceptions for:

The ban also does not affect anyone seeking to gain a green card from inside the United States through “adjustment of status,” which does not require obtaining a visa from outside the country. Refugees, asylum seekers, and those currently holding lawful permanent resident status aren’t affected by the ban, but their ability to petition for family members abroad could be impacted.

How Long Does the Immigration Ban Last?

The ban will supposedly last just 60 days. However, by the 50th day, the secretary of state is required to recommend to the president whether to extend the ban again.

If the supposed “90-day” Muslim Ban provides any history, this new ban will almost certainly get extended through the end of Trump’s first term in office. If the economy continues to struggle, the president will have an excuse to continue to block new immigrants.

In addition, the ban also requires the secretary of homeland security and the secretary of labor to review all non-immigrant visa programs within 30 days. This suggests that another ban may be in the works.

What Is the Long-term Effect of This Immigration Ban?

Routine visa services at consulates abroad are already suspended due to the coronavirus, so this ban does not change much in the short-term. However, the effect will likely be significant if the ban continues once those consulates reopen.

According to an analysis of the ban, all legal immigration would be cut by 33%.

While U.S.-citizen spouses are not affected, nearly two thirds of parents of U.S. citizens would get blocked. 93% of other family-based immigrants would as well. However, because a vast majority of those who obtain green cards through employment categories do so from inside the United States, employment-based immigration is largely unaffected.

Why Is the New Immigration Ban the Wrong Approach?

The president is using the economic downturn associated with the coronavirus to justify and normalize fundamental changes to our immigration system. It’s no surprise that the new restrictions look suspiciously like the cuts the president has been seeking in Congress for years.

Despite the president’s claims, immigrants have long been shown to help the American economy, not hurt it. This ban will keep families separated, adding more stress to Americans, not less.

Rather than distract and divide the United States by taking aim at immigrants, the president should be focused on responding to the coronavirus pandemic.