What’s Not Being Said About the Border 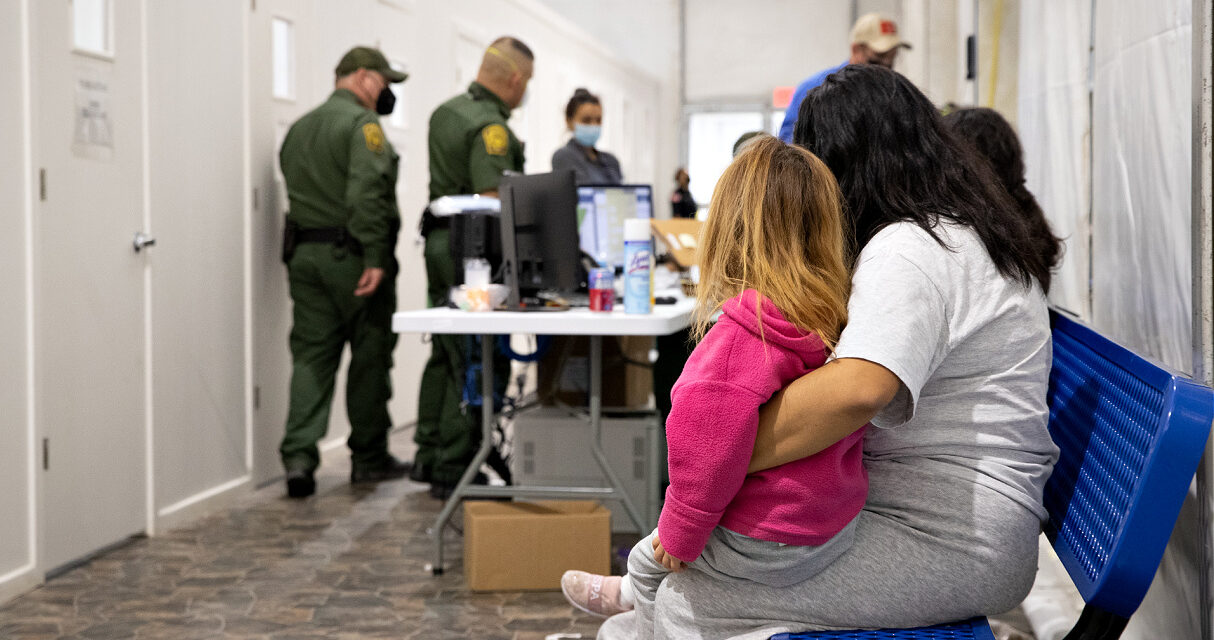 The current situation at the U.S.-Mexico border—including the rise in immigrant children in U.S. government custody—has captured the nation’s attention in recent weeks. Much of the conversation has focused on a supposed “surge” in arrivals under the Biden administration, but the current increase began well before President Biden took office and mirrors similar trends from 2014 and 2019.

As we once again grapple with how to respond to the humanitarian needs of children and families arriving at the border, now is the time as a nation to recommit to welcoming those who seek our help.

The current rise in encounters at the border began in April 2020, near the start of the COVID-19 pandemic. Former President Trump instituted the practice of expelling all individuals encountered at the border under public health authority allegedly provided by Title 42 of the U.S. Code. Under new policies put in place through Title 42, single adults or families crossing the border from Mexico, Guatemala, Honduras, or El Salvador were quickly turned around and sent back to Mexico.

Unaccompanied children and most individuals from other countries were taken into custody, held for days or weeks, and then deported by plane back to their home country. A federal judge halted this practice in November 2020. But by that time, 13,000 unaccompanied children had already been deported back to their home countries without a chance to seek protection.

After implementing Title 42, the number of single adults crossing the border began rising rapidly, from a low of 14,754 in April to 62,041 in December. Many encounters are the same people trying to cross multiple times. A majority are Mexican men who get turned back within hours, which lets them try again quickly.

As a result, the 100,000 encounters in February 2021 do not represent 100,000 people, as many of the encounters are the same people crossing several times.

Despite claims of “open borders,” the Biden administration continues to rapidly expel most people who arrive at the southern border. Last month, 72% of all people encountered at the border were sent back to Mexico or expelled to their home countries, including 40% of all families and 90% of all single adults.

Beginning in February, most families have not been expelled at the border. But while many have attributed that change to the Biden administration, President Biden has repeatedly cited changes by the Mexican government in the state of Tamaulipas. The Mexican government has refused to accept the expulsions of most families who cross the border in the Rio Grande Valley.

As a result, despite no formal U.S. change in policy, more families are being admitted into the United States. Most of those released at the border are given COVID tests, a place to quarantine, and information about checking in with U.S. Immigration and Customs Enforcement at their ultimate destination.

Biden’s largest challenge is how to respond to a record number of unaccompanied children arriving at the border, which by law cannot be expelled back to Mexico. Logistical challenges in getting these children into the custody of the Office of Refugee Resettlement (ORR) have led to thousands of children backed up in inadequate conditions in Border Patrol facilities.

The administration has taken several steps to increase housing at ORR and find children a sponsor in the shortest time possible to get them out of government custody. The solution cannot be to turn away these children and send them back to harm in their home countries. It is legal to seek asylum. Instead, we must return to our place as a beacon of hope for people around the world.