How the COVID-19 Pandemic Has Affected Immigration: One Year Later 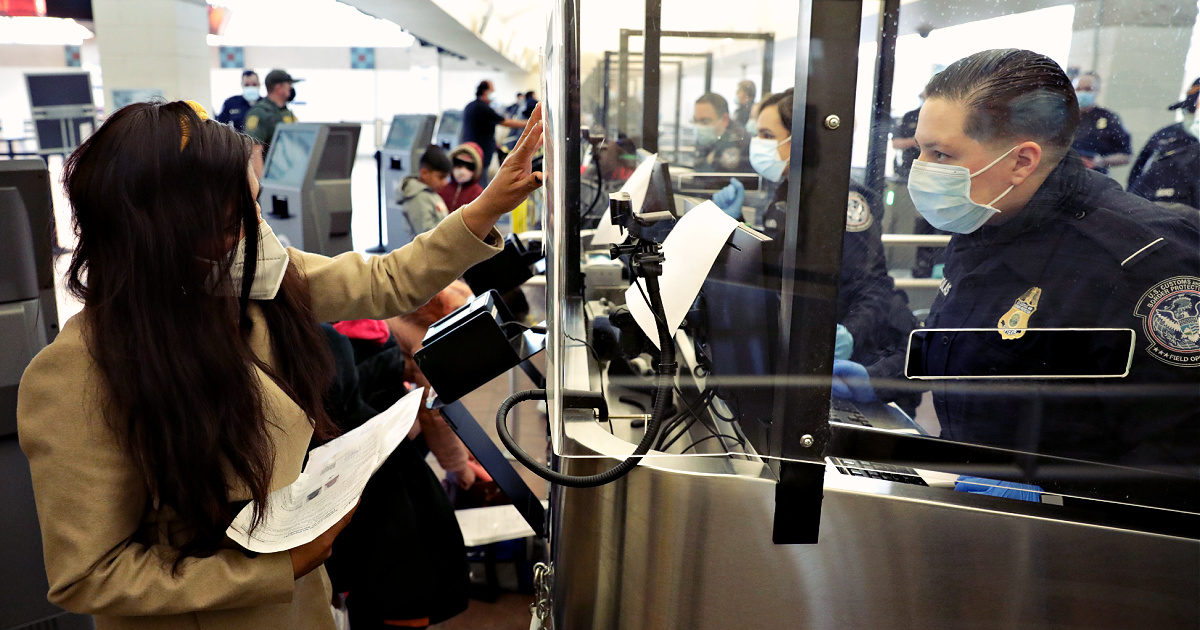 It’s been one year since the COVID-19 pandemic first affected immigration on a global scale. The impact has been swift, devastating, and long-lasting.

On March 11, 2020, former President Trump issued a proclamation announcing travel restrictions on two dozen European countries. It was one of the first major signs from the U.S. government that the landscape of travel—and immigration in particular—would be significantly altered by the pandemic.

Immigration amid the pandemic continues to evolve. Here are some of the changes to immigration in the last year.

Immigration Bans and Restrictions: Then

Upon that declaration, all people other than U.S. citizens, permanent residents, and their immediate family were barred from traveling to the U.S. within 14 days of being in China, where the first known outbreak occurred.

On March 11, 2020, during a primetime address to the nation, Trump banned all foreign nationals from European countries for 30 days. Trump continued to roll out and extend travel restrictions after that announcement.

The next large ban—targeting the legal immigration system—came on April 24 and was set to last until December 31, 2020.

Trump blocked the issuance of all new permanent visas to many immigrants that the prior administration had targeted for exclusion for years. The ban blocked immigrant family members of U.S. citizens, including parents and children. The ban also covered winners of the diversity visa.

On April 24, the administration extended the ban to include certain employment-based nonimmigrant visas.

At the same time, U.S. Citizenship and Immigration Services (USCIS) suspended all in-person services at its domestic and foreign offices. The Department of State had already closed all of USCIS’ visa processing services at embassies and consulates worldwide on March 20. Limited services—such as socially-distanced naturalization ceremonies—resumed on June 4.

President Biden has started to lift some of the bans, as scientists learn more about COVID-19 and vaccines roll out to the public.

President Biden signed an executive order that lifted the immigrant visa ban on February 24, 2021. This allowed family members of U.S. citizens and green card holders to begin the process of reuniting with their families in the United States. It also lifted the ban on people immigrating through their employers and the diversity visa lottery program.

When signing the order, the president said the ban does “not advance the interests of the United States,” and in fact harms families and U.S. industries that rely on global talent.

Biden hasn’t ended a similar ban on non-immigrant work visas, which continues to block exchange visitors and temporary worker visas and harm a wide range of industries. The ban is set to expire on March 31; it’s yet to be seen whether Biden will allow it to lapse or extend it.

The effect of the COVID-19 pandemic on asylum processing has been devastating.

The former administration reached joint agreements with the Canadian and Mexican governments to suspend all “non-essential” travel through ports of entry on March 20.

On the same day, the Trump administration announced an emergency order and related regulation based on Title 42 of the Public Health Service Act. The order and regulation gave the director of the Centers for Disease Control and Prevention (CDC) the authority to prohibit entry of anyone the director believed posed a “serious threat of the introduction of [a communicable disease] into the United States.”

This, in turn gave the Border Patrol unchecked authority to “expel” all asylum seekers who came to U.S. borders without due process or a meaningful ability to seek protection from persecution. Estimates show that 514,633 people have been expelled from the U.S.-Mexico border without receiving the opportunity to ask for asylum—a clear violation of the law.

It was later discovered that former Vice President Pence urged the CDC to use its authority to close the borders. The CDC originally pushed back on the order, saying there was no evidence that closures would stop transmission of the disease. Current data suggests the scientists were correct.

Through a series of immigration policies, thousands still wait on the Mexico side of the border. Many others were flown back to other countries—at times not their own—or have given up their claims to asylum.

An untold number of people have been the victims of extortion, violent crime, and kidnapping along the border. They also face increased potential exposure to COVID-19 with little to no health resources available to them.

Access to asylum under the Biden administration has improved but serious work still needs to be done.

Some people sent back to Mexico under the Trump administration’s Migrant Protection Protocols (MPP) program are being given the opportunity to ask for asylum. Those still waiting at the border who were subjected to MPP and have open cases—far fewer than before—will be allowed to enter asylum proceedings in the United States and will be released to a border shelter before arranging transportation to their final destination.

Expulsion under Title 42 unfortunately continue under Biden. Only migrant teens and children are exempted from the order, with many going to government-run influx shelters before their release to family sponsors or foster care.

The Biden administration has also rescinded Trump’s “asylum cooperative agreements.” These agreements allowed U.S. officials to send migrants to Guatemala, El Salvador, and El Salvador to make them ask for asylum there, even though these countries do not have the capacity to accept or process asylum seekers.

With the agreements ended, advocates hope the administration will turn its attention to rebuilding a severely damaged asylum system. Biden has pledged to work with border nonprofits to increase local services available to migrants.

How the pandemic will affect immigration in the future is yet to be seen. But we can expect it will be a long time before immigration returns to normal—or hopefully—improves.